March 12, 2014
The dangers of nuclear Armageddon as existed during those oh-so-long-ago years ... 50 years since the Cuban Missile Crisis ... how many of the humans alive now have been born since then!?

Perhaps for the inhabitants of the planet now, nuclear war is an improbable thing. But who knows? Look at the unnecessary war-mongering by the Republicans in the U.S. over Ukraine and Crimea. 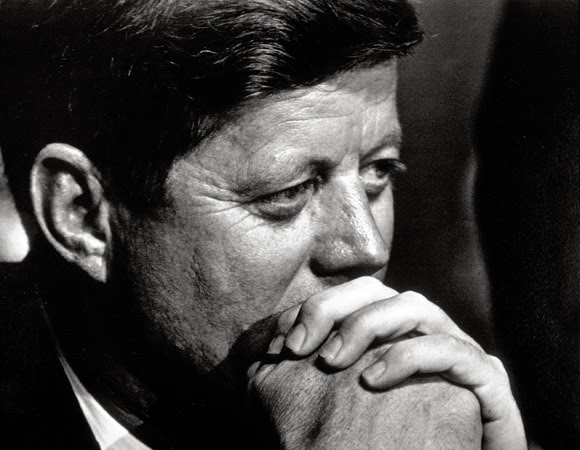 Look at Israel's sabre-rattling over Iran's nuclear program. Look at the occasional border tensions between India and Pakistan, those two famously 'nuclear-armed' neighbors in South Asia. Things can always 'escalate.' Humans seem loath to let go of their ever-present prejudices.

Hence, this New Yorker article is quite important. Since the United States and then former Soviet Union pioneered both the development and deployment of ever-more ferocious nuclear weapons in those bygone days, the evolution of the thinking in those nations during those days gives important insights.

There would be nothing more absurd of course than if an 'accidental' nuclear weapon went off or a rogue guy set one off and that led to full-scale nuclear exchange. Hopefully, now that probability is gone with these 'permissive action links' in place.

But even so, I wonder how a nuclear event would evolve. Say, if Pakistan drops a nuclear weapon on India, would India resist the inevitable pressure on it not to retaliate? And if India does retaliate, and Pakistan responds, where does it all end? When all the 400 nuclear weapons have been 'used' on the 'enemy'?

Consider what a crazy situation that would be. Though in the India-Pakistan case, such mutual, full-scale nuclear war won't either lead to the entire population of India disappearing — let alone the entire human species. In the case of the US-Soviet rivalry of course, any escalation may well have led to the end of our species. Remember Carl Sagan talking about such a scenario in his Cosmos from a cosmic perspective. Is it likely that many civilizations do appear and evolve into being scientifically and technologically advanced and then eventually self-destruct? Well, may be not.

Why should we impose our own biases upon others? Just because we humans here on Earth want to kill one another because of the flimsiest excuses — differences in nationality, religion and so on — why should we assume that species that evolve on other planets will suffer from those same lack of wisdom as well.

Consider the vastness of the Milky Way galaxy with its 300 billion galaxies most of which have planets around them. We humans may choose to travel there and set up camp, as it were. At least on those planets that are clement to life and to human life in particular. We have got all the time in the world ... or the universe. The universe ain't going anywhere; nor the Sun. Let us keep advancing our technologies and then become a multi-planet species. What's the point of South Koreans and North Koreans fighting? Or India and Pakistan fighting? Or the U.S. fighting with Russia?

Also, I hope the Indian nuclear arsenal also has all these permissive action links that the article talks about. I am sure over the decades there would have been some covert collaboration between the U.S. and India whereby the U.S. would have helped India to make its arsenal safer. This applies even more to Pakistan.

Let's remember that we are talking about 'real' stuff here and not play things. These bombs carry enough power to destroy entire cities and kill tens if not hundreds of thousands of people.


Whatever 'strategic' calculation has persuaded the "strategic" thinkers to argue in favor of a nuclear arsenal cannot justify the needless killing of thousands of innocent civilians.

Popular posts from this blog

December 31, 2017
Online quizzes are not so innocent . It seems Myers Briggs is a bogus psychological test but very popular. Sigh. Somewhat better than a horoscope, MBTI (Myers Briggs Type Indicator) is as bad as a lie detector.
2 comments
FULL ARTICLE

January 20, 2010
Well, it seems the Government of India is up to its usual censoring ways ... http://online.wsj.com/article/SB126327347865425871.html?mod=WSJ_hp_us_mostpop_read It's not as bad as what the Chinese are doing in battling Google. The Internet is awash in pornography and the feeble attempts of the Govt. of India won't be able to stem the tide. The Govt. should merely restrict itself to ensuring that there's no child pornography or trafficking of humans. There are problems galore for the Govt. to worry about as it is ...
Post a Comment
FULL ARTICLE